Recall that over the past few months, rumours have been rife about a rift in their union, however, the couple always maintained that all was well in their home.

However, JJC Skillz whose real name is Abdulrasheed Bello has now confirmed the widespread speculations in an Instagram post shared on Thursday, June 30, 2022.

According to the “We Are Africans” crooner, Funke Akindele demanded that he move out of their matrimonial home three months ago, and he did.

He stated that the last two years have been particularly difficult for them as a couple, but claimed to have tried his best to make things work.

The “Omo Ghetto: The Saga” director also expressed his belief that their marriage “is beyond repair now”, as he called also called out Funke for being uncooperative.

READ: Throwback Photos Of Hajia Bintu That Shows She Was Born With All The Curves

“Dear Friends and family I need to let you know that Funke and I have separated. While it lasted we shared a lot of things together and have created 2 beautiful children.” he wrote.

“The last two years have been extremely difficult for us. I know I have tried my best to fix things but I believe it is beyond repair now. 3 months ago and at Funke’s insistence, I moved out of the house and apart from AMVCA have not been able to get Funke to sit down in an amicable manner to discuss the future of our relationship.

” I’m making this announcement so that the public is clear that we both are pursuing separate lives. We still have issues that need to be addressed such as the custody and well-being of our children which is Paramount as well as business interest which need to be disentangled but I have no doubt that these will be resolved one way or the other.

The Marriage Crashed Since June?

In April, rumours had it that all was not well in Akindele’s wedding, with some online bloggers alleging that the actress has kicked JJC out of the Amen Estate home.

As though to prove the rumours were true, JJC’s son then accused his stepmother Akindele, of being a pretender.

The singer’s son Benny reacted to one of the numerous bloggers who has carried news of the couple’s alleged troubled marriage.

Commenting on the blog post, Benny claimed that Akindele was not who many thought she was. According to him, he lived with the couple for two years, and “the house was a horror site.” 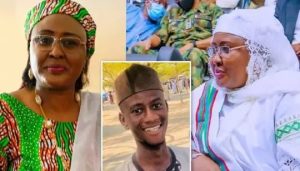 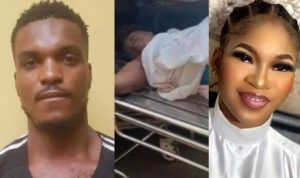