Skip to content
Share
Pep Guardiola claimed the France international was offered to him by Mino Raiola in January, but the player himself is not so sure 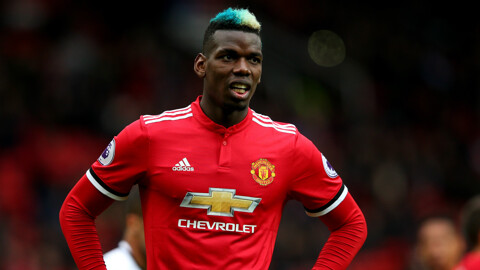 Paul Pogba has responded to claims by Pep Guardiola that he was offered to Manchester City during the January transfer window.
Pogba’s future has come under scrutiny this season, with Jose Mourinho having left the £89 million midfielder out of the team on multiple occasions.
That has led to reports of a falling out between the France international and his manager, though Pogba himself insists he has no problem with the Red Devils boss.
But on the eve of the Manchester Derby, Guardiola revealed that Pogba’s agent Mino Raiola offered the player to City just over two months ago.
The Catalan also claimed one of Raiola’s other clients, Henrikh Mkhitaryan, was offfered to City at the same time, though the Armenian eventually joined Arsenal.
It is the Pogba revelation that has caused more of a stir, however, and the United star was quick to respond on social media.
Seemingly confused by Guardiola’s remarks, he posted a picture of himself clutching his ear along with the caption: “Say what?”
Mourinho himself will unlikely get the chance to respond until Saturday as he looks to delay City’s title party at the Etihad Stadium.
Victory for City over their local rivals will see them secure the Premier League title in the fewest number of matches in the competition’s 26-year history.
ATTENTION! ATTENTION!! ATTENTION!!! ADVERTISE ON TOKTOK9JA AND REACH OUT TO YOUR DESIRED AUDIENCE: HERE